Sole Fitness, is the company behind the best selling Sole E35 Elliptical, several other elliptical machines and many popular treadmill models.

Not enough people pay attention to who may be manufacturing their fitness gear and equipment.

In 2016 Sole released a new and updated line of elliptical trainers ( 8 models) and treadmills (6 models). Their previous models dated back to 2013. 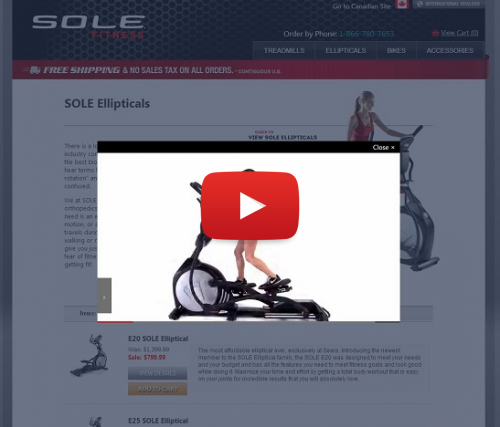 Even if you buy fitness equipment from a well known brand, you’re more or less buying equipment that, well, everyone’s used at some point. With relatively obscure equipment, you don’t really have much to go off on, except just a few reviews and other consumer impressions that are pretty much valuable.

Well, what makes SOLE Fitness one of ‘fastest growing fitness brands in the world?’ What’s really special about their fitness products?

There’s one word that has more or less supported SOLE Fitness’ sudden rise in the fitness world: affordability.

A lot of people, when they’re shopping around for good fitness equipment, usually have that particular ‘parameter’ in mind, not really regarding the quality that they should be actually watching out for

After all, you can’t buy fitness equipment that won’t last a long time – or even short amount of time – right?

SOLE Fitness removes that particular worry from their own line of fitness equipment, promising rather well built and efficiently operating equipment at attractive prices. While they’re not the lowest prices on fitness equipment, they’re great prices for people who want to know if they’re getting quality equipment that will pay for itself—but, more on that later.

That particular price point also has another reason for existing, too. 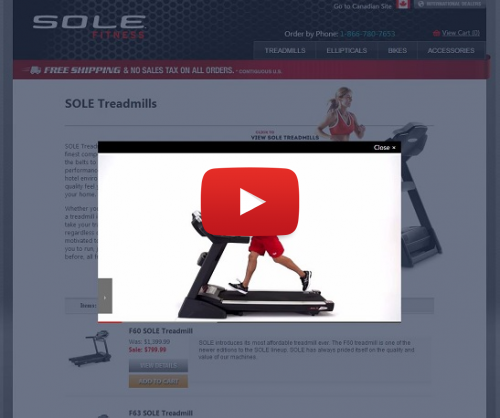 They regularly work (and still do work) with hotel groups like Hilton Hotels, Hotel Monaco and Omni Hotels.

They usually manufactured their popular treadmills for these particular hotels, mainly for use in-room—usually, their hotel rooms. Though, as mentioned, many SOLE Fitness products are used in their on-premises fitness centers.

Due to their innate popularity, SOLE Fitness eventually started manufacturing their products for direct sales to consumers like you.

Some people even say that SOLE Fitness could easily double their current pricing, though they choose to keep it affordable for, well, everyone!

Find Out Where To Buy

That sounds great! Well, I’m interested. Where can I find SOLE Fitness products? And, do they happen to ship within the United States and/or Canada?

You can find SOLE Fitness’ various products at their official website, solefitness.com.

Of course, when you get there you’ll immediately see several listings of their available products.

Most SOLE Fitness products have prices ranging from as low as $799 to premium prices at as much as $2,299.

And, that’s why you should expect that from SOLE Fitness and their products.

Though, enough about prices—let’s review where you can probably find SOLE Fitness products. While they’re mainly available through their official website, some fitness equipment retailers may have SOLE Fitness products available for sale. Some might even have discounts on certain products, though you will have to keep an eye on them!

They also ship to Canada, so you don’t have to worry about going through a third party if you happen to live in Canada.

And, if you don’t live in either country, many other companies do carry and distribute SOLE Fitness products around the rest of the world.

So, can you tell me what SOLE Fitness might have available for sale, at this time? And, what can I expect out of SOLE Fitness’ products?

That’s a good question! SOLE Fitness is best known for manufacturing treadmills for both hotel use and home use.

Those treadmills of theirs first became popular after many people used them within hotels while traveling. Since they became that popular, SOLE Fitness began manufacturing and selling those same treadmills to consumers via their websites and other fitness retailers.

SOLE Fitness is best known for having eight different treadmill models, in addition to five elliptical machines and an exercise bike.

Of course, you can expect all of those machines to be made with the highest quality materials possible, since that’s what SOLE Fitness has promoted ever since they started manufacturing their hotel quality fitness equipment for the home.

All of SOLE Fitness’ fitness equipment are backed by a robust fitness warranty, one that’s considered the best in the fitness industry, so if you experience any issues with any SOLE Fitness product, you can expect them to have you covered.

They currently offer warranties spanning as low as 5 years to as much as 30 years, covering various internal and external components of their machines.

So, basically, SOLE Fitness has you covered, if you ever have your fitness equipment fail in any way.

That reliability also goes for their return policy, if you choose to order direct from them.

So, if you wanted to return any of their products, they’ll eventually refund the entire purchase and cover shipping as long as you follow their return policy.

It’s also worth noticing that almost each year you can find some great SOLE Fitness Black Friday deals on their company website. 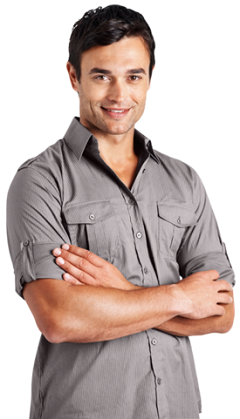